The Martian Named Smith
Critical Perspectives on Robert A. Heinlein's Stranger in a Strange Land 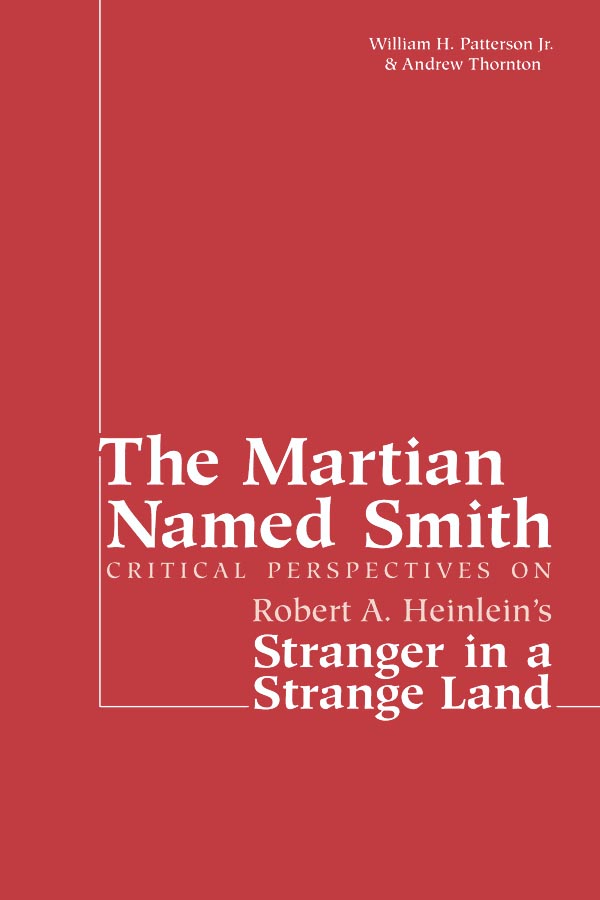 Stranger in a Strange Land is unquestionably Robert Heinlein's best-known and most widely read novel, but it has been misunderstood since its first publication. Written for a mainstream audience but tracked into science-fiction publication, Heinlein's intent at creating a multilayered social satire has long been overlooked.

Patterson (publisher of The Heinlein Journal, and later Heinlein's official biographer) and Thornton have laid Heinlein's masterwork out in clear view, from its protracted development over a decade to its early publishing disappointment to its rise as a major force of American literature... and one of the "bibles" of the 1960s counterculture.

Whether you have read Stranger a dozen times or are first approaching it, The Martian Named Smith will help you sort out Heinlein's grand experiment and layered storytelling, not with the disappointment of "knowing how the trick is done" but with increased understanding and appreciation of how this complex tale really unfolds.